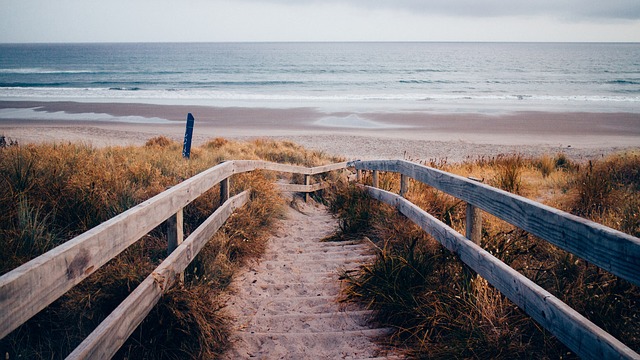 I heard it once said that life is the accumulation of the choices we make.
Each day we have a choice: will we choose fear or faith?

When faced with the unfamiliar, we are often tempted to fear.

The enemy knows that if he can just keep us in this state of fear, it will paralyze us rather then position us to receive God’s blessings.

Hebrews 11:6 says, “Without faith it is impossible to please Him, for he who comes to God must believe that He is, and that He is a rewarder of those who diligently seek Him” (NKJV).

Even Abram must have struggled when faced with the unfamiliar. In Genesis 12, God called Abram to leave his country (everything that was familiar to him) and move to a place he did not know anything about.

Abram not only knew nothing about this place, but he didn’t even know where it was. All he knew was that God had said He would show him where to go (see Gen. 12:1).

Have you ever been faced with the unfamiliar? With moving to a new place? Maybe you are in a new geographical location, or maybe it is a new mind-set—a place where old, familiar attitudes or thoughts are exchanged for God’s attitudes and thoughts toward you.

Yesterday I found myself in such a place. After standing for a while in a long line at Wal-Mart, I finally reached the front and started putting my items on the checkout counter. As I did, I caught sight of an elderly couple standing at the back of the line. The woman was struggling with a bad cold or allergy of some kind, and it made standing in line difficult for her.

As I continued to place my items on the counter, I thought that I should help this couple by allowing them to go before me. At the same time, I was battling with a sense of urgency to get out of Wal-Mart and get home.

As I weighed the two thoughts, the realization came to me that I was not to rush out of Wal-Mart but should rather take the opportunity to bless this couple.

I waved the couple over. As they reached me, the man leaned toward me and, with a big smile on his face, thanked me for letting him and his wife go before me. Then he said, “Isn’t this what life is all about? Helping people.”

He proceeded to tell me that he and his wife had both been struggling with cancer and that getting around had been very difficult for them. But even with all the challenges, he said, God had been so good to them and continued to sustain them through their cancer treatments and health issues.

As I listened, my heart welled up with gratitude. I very well could have missed this opportunity to bless and be blessed if I had stayed in my familiar anxiety-laden mind-set that had me rushing through Wal-Mart that afternoon.

But God graciously reset my thoughts and allowed me to rest in His new direction for me.

As I reflected on this divinely led encounter, I thought about how many opportunities I miss each week because of a misguided mind-set or being so focused on accomplishing the next thing that I fail to see the opportunities right in front of me.

Nature never hurries, yet everything it is intended to do gets accomplished. This same pace is what God intends for each of us.

This unhurried lifestyle is acquired through a mind-set of peace rather then panic as we still ourselves in God’s presence and refuse to stress over our circumstances.

This mind-set is developed as we listen to God’s voice and His promptings, just as Abram did.

Abram’s great faith took the words of God (see Gen. 12:1–4) as proof enough that no matter what the unfamiliar place God had called him to looked like or the discomforts that would be involved in getting there, in the end it would be good.

Just as God led me to the elderly couple yesterday, He also desires to lead you.

As God said to Abram in Genesis 15:1, so He says to you: “Do not be afraid, Abram. I am your shield, your exceedingly great reward” (NKJV).

God is not just our “rewarder,” as mentioned in Hebrews 11:6, but He is our “exceedingly great reward.”

Facing the unfamiliar can be scary, but we can always face it with confidence and faith-filled anticipation that whatever comes, God can use it for our good and His glory!

Father God, thank You that I can face those unfamiliar areas of my life with faith, knowing that You are in control and directing my steps according to Your perfect will and plan. Please destroy my complacency, and exchange it for more compassion and love for those around me. Give me eyes to see and a heart to know Your promptings so that no matter where I am or what I am doing, I will be willing to put aside the familiar to follow You. Amen.